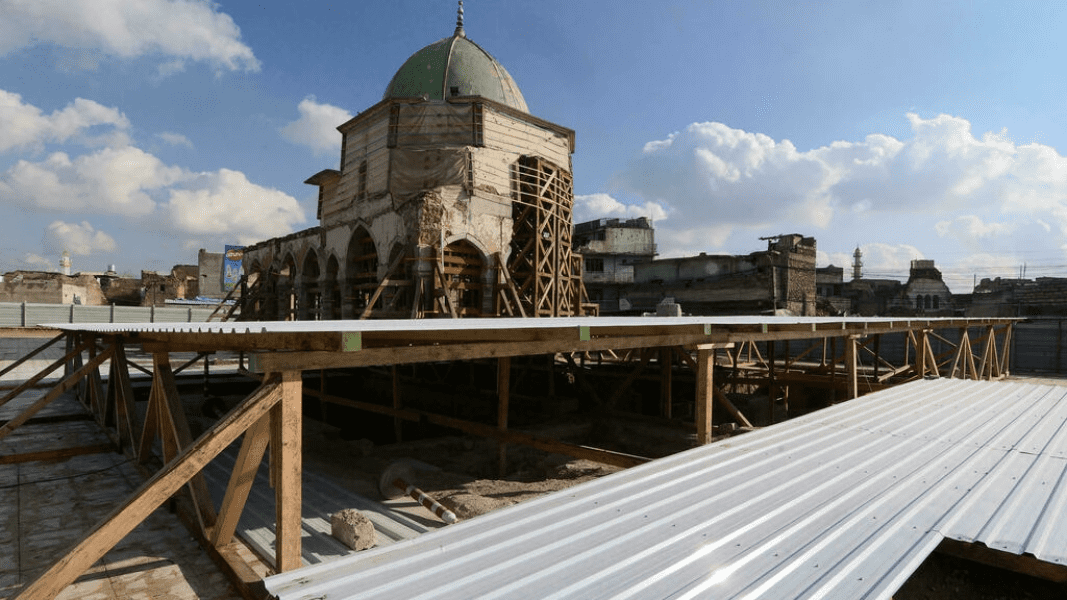 Mosul (Iraq) (AFP) – The foundations of a prayer hall from the 12th century have been discovered under the Al-Nuri mosque -- where the Islamic State group once proclaimed their "caliphate" -- in Iraq's Mosul, site managers said Tuesday.

The mosque, which along with its iconic leaning minaret was severely damaged by IS during the battle to dislodge the jihadists from Mosul in 2017, has been undergoing reconstruction.

The prayer room was found during excavation underneath the mosque, according to Khaireddine Nasser, director of the department of antiquities and heritage in Nineveh province, of which Mosul is the capital.

Four additional rooms for the performance of ablutions were also discovered under the prayer room, Nasser said.

Those rooms "are interconnected and built of stone and plaster".

The discovery allows for "better knowledge of the surface of Al-Nuri mosque and this ancient prayer room, but also the ablution basins" found there.

"They are about six metres underground," he added.

He said the discovery "amplifies the importance of this historical and archaeological site".

The excavation was carried out by his department, with support from UNESCO and funding from the United Arab Emirates.

"The foundations of the old prayer hall are more extensive than those of the prayer hall built in the 1940s", he added.

UNESCO raised more than $100 million in 2019 as part of its initiative to "revive the spirit of Mosul". About half of the funds were pledged by the UAE.

Reconstruction work is expected to be completed by the end of 2023.

Abu Bakr al-Baghdadi made his sole public appearance as IS chief at the mosque in the Summer of 2014, when he proclaimed the establishment of a "caliphate" after a lightning offensive saw the jihadists capture a third of Iraq.