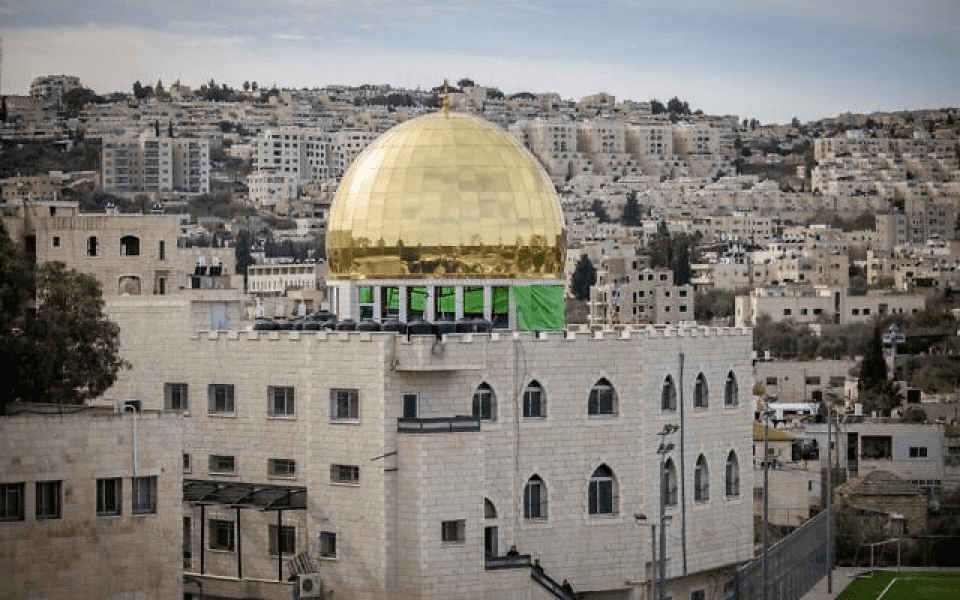 Following pressure from right-wing organizations, the Jerusalem municipality has ordered the demolition of a compound in the Beit Safafa neighborhood housing a mosque with a new highly-visible golden dome.

According to court documents filed on Wednesday, the municipality wants the demolition on the basis of a floor to the building it says was built without a permit.

The Al-Rahman Mosque, built before Israel’s founding in 1948, is being renovated and expanded at the pace at which donations come in from locals and Arabs living in northern Israel.

The building has a highly visible golden dome, but unlike the famous Dome of the Rock in the Old City, adorned with 5,000 actual gold plates financed by the late king Hussein of Jordan, this smaller version has merely been painted to look like the real thing.

According to the Ynet news site, the Jerusalem municipality filed an application on Wednesday in court, stating that between 2017 and 2018 “they built an additional floor without a permit with concrete walls with stone cladding and openings for windows and doors two meters high.”

The court filing says also said that “above the floor they built for an additional five meters and placed an iron construction [the dome] on it.”

In a statement to Ynet, the municipality said that 700 square meters had been built without a permit or approval of municipal engineers, and therefore posed a threat to safety.

Palestinians in Beit Safafa and other neighborhoods in Jerusalem say that they often have no choice but to build illegally due to the difficulties in obtaining permits. Illegal construction is not limited to the city’s Arab neighborhoods.

However, community leader Muhammad Alian told Ynet that this was the renovation of a mosque had stood there for decades.

“This is a calm and quiet neighborhood, this is a mosque and it should be respected. This mosque was built before the establishment of the state, and is under the auspices of the ministries of religion and interior,” Alian said. “This is a very old mosque that is being renovated. Every mosque has a dome and a turret.”

Alian said that they would work against the order for the demolition.

“Mosques usually receive donations for renovations, so it took a long time to finish the renovation, but it was definitely requested. Such a decision angers us as residents and is not acceptable. We will do everything and use all legal means to ensure the construction of the entire complex,” he said.

The right-wing groups Im Tirtzu and Lach Yerushalayim said in a joint statement that they welcomed the decision to begin the demolition process and called for the criminal prosecution of those responsible.

“We congratulate the Jerusalem municipality and Mayor Moshe Lion on issuing the demolition order. The last thing Jerusalem needs is more radical art through illegal construction. The dome is intended to be another focus for violence and therefore rapid municipal action is needed here. Indictments must also be filed against those responsible, whose identities are known to us, and we will act on the matter,” the right-wing groups said.

A number of right-wing groups have led the campaign against the mosque, and it has featured heavily in right-wing media in recent weeks.

However Aviv Tatarsky, of the left-wing Ir Amim nonprofit, decried the decision, telling Ynet that the municipality was “succumbing to extremists.”

“This is a central mosque in the neighborhood that is part of the public building complex where the municipality’s activities take place. The Jerusalem Municipality must act to increase trust and prevent unnecessary conflicts between it and the residents,” Tatarsky said.

“Instead of succumbing to extremists, the mayor should block venomous and racist posts on social media, which are also from within the city council. He must act in a way that serves the residents of Beit Safafa and the whole of Jerusalem,” Tatarsky said.

Sue Surkes contributed to this report.