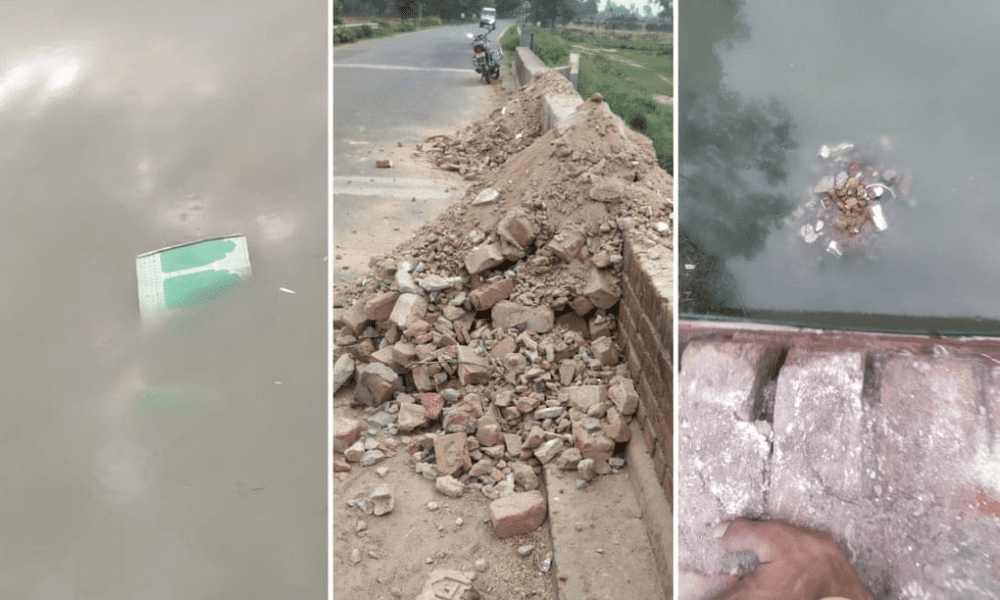 The Guardian - Back to home

A local administration in the Indian state of Uttar Pradesh has defied a state high court order and bulldozed a mosque, in one of the most inflammatory actions taken against a Muslim place of worship since the demolition of the Babri Mosque by a mob of Hindu nationalist rioters in 1992.

The mosque, called Masjid Gareeb Nawaz Al Maroof, in the district of Barabanki in Uttar Pradesh, had stood for at least six decades, since the time of British rule, according to documents held by its committee.

On Monday, police and security services moved into the area and cleared it of people, then brought in bulldozers and demolished the mosque buildings. Debris was then thrown into a river, according to images and local accounts. Security services have been deployed to prevent anyone coming within a mile of where the mosque stood.

The state government of Uttar Pradesh is controlled by the Hindu nationalist Bharatiya Janata party (BJP), which also governs at national level.

The chief minister is a hardline Hindu nationalist called Yogi Adityanath, who is known for his vitriol against Muslims. He has made speeches laced with Islamophobia, referred to Muslims as terrorists, and passed legislation openly discriminatory to Muslims.

A local imam, Maulana Abdul Mustafa, who is on the mosque committee, said the mosque was “hundreds of years old” and that “thousands of people have been coming here five times a day to offer namaz [prayer]”.

“All Muslims were scared, so no one went near the mosque or dared to protest when the mosque was being demolished. Even today, several dozen people are leaving their homes and hiding in other areas out of the fear of the police.”

Adarsh Singh, Barabanki district magistrate, denied the presence of the mosque. “I do not know any mosque,” he said. “I know there was an illegal structure. The Uttar Pradesh high court declared it illegal. That’s why the regional senior district magistrate took action. I will not say anything else.”

The scene after the demolition of the mosque. Photograph: Supplied

The demolition was in violation of a high court order issued on 24 April, which stated that buildings in the state should be protected from any eviction or demolition until 31 May “in the wake of the upsurge of the pandemic”.

The mosque has been contested by the local administration. On 15 March, a notice was issued to the mosque committee questioning the presence of an “unofficial mosque”, requesting evidence for the permissions they had for the land and citing a court ruling where illegal religious constructions could be demolished if they caused obstructions.

The mosque committee say they sent a detailed response, including documents demonstrating the building had an electricity connection from 1959 and showing no mosque structures were obstructing the road, but the local administration did not take the response on to official record.

On 18 March, the mosque committee went to the Allahabad high court citing concerns that the mosque faced “imminent demolition”. The high court ruled that the local administration was only seeking documentation, rather threatening to demolish the mosque.

In the following days, local Muslims say the administration began building a permanent structure to block access to the mosque.

On 19 March, local Muslims were prevented from entering the mosque for Friday prayers, causing tension and protests in the area. Over 35 local Muslims who were protesting were arrested and put in jail, where many are still held, and police reports were filed against the demonstrators.

In a ruling on 24 April, taking in the circumstances of the pandemic, Allahabad high court then ordered that “any orders of eviction, dispossession or demolition … shall remain in abeyance until 31.05.21”.

In a press statement, the district administration of Barabanki described the demolished structures as a “residential complex” and said a court order from 2 April had proved the “residential construction in question is illegal”. They made no mention of the mosque on the site, even though its presence had previously been officially acknowledged in the notice served to the mosque on 15 March and again in the high court petition on 18 March.

Members of the mosque committee said they had also not been made aware of any court ruling regarding the mosque made on 2 April . Despite the court order to delay all demolitions till the end of May, the administration went ahead with the demolition of the mosque structures on Monday afternoon.

A statement by Zafur Ahmad Faruqi, chairman of the Uttar Pradesh Sunni Central Waqf board, said: “I strongly condemn the patently illegal and high-handed action … by which they have demolished a 100-year-old mosque.”

Faruqi said the demolition was “against the law, a misuse of power and in utter violation of the clear orders dated 24.04.2020 passed by the Hon’ble High Court” and called for a high-level judicial inquiry.

The district where the mosque is located is adjacent to Ayodhya, where the Babri mosque stood before its demolition in 1992. In a court ruling in 2019, judges declared that the land legally belonged to Hindus, rather than Muslims, and a new Ram temple is under construction on the site where the Babri Mosque