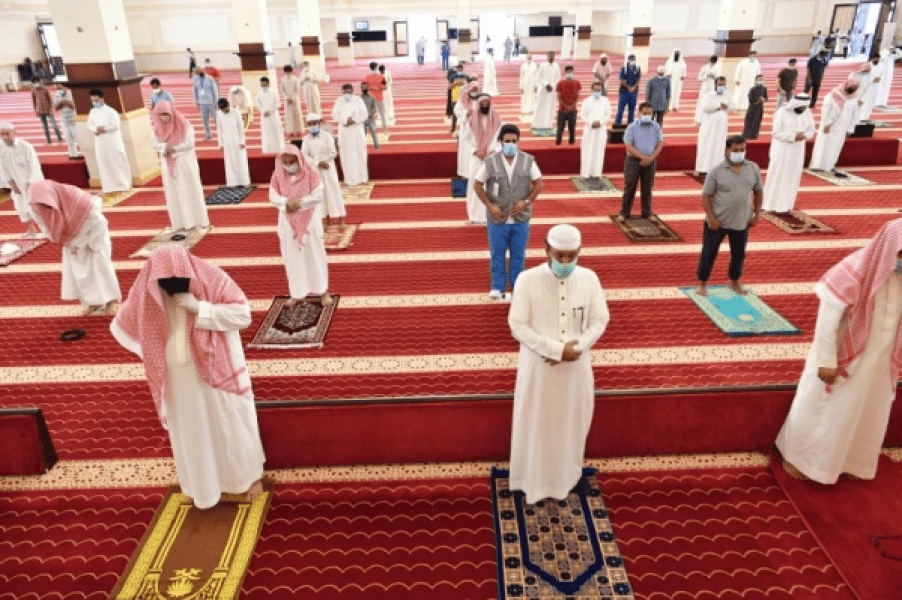 The Ministry of Islamic Affairs, Call and Guidance temporarily closed down six mosques in four regions Saturday, after six confirmed cases of novel coronavirus (COVID-19) were detected among the worshipers.

The ministry announced that a total of 224 mosques were closed down in 27 days, 208 of which were opened after completion of sterilization and arrangements to ensure the safety of worshipers.

The ministry also said that it has reopened 12 mosques; three in Riyadh region, three in Makkah Province, three in the Eastern Province, two mosques in the Hail Region, and a mosque in the Asir region, after completing all precautionary measures, mainly sterilization and maintenance.

The ministry called on worshipers and mosque employees to abide by the instructions on precautionary measures for the safety and health of those who visit the ‘Houses of God’.