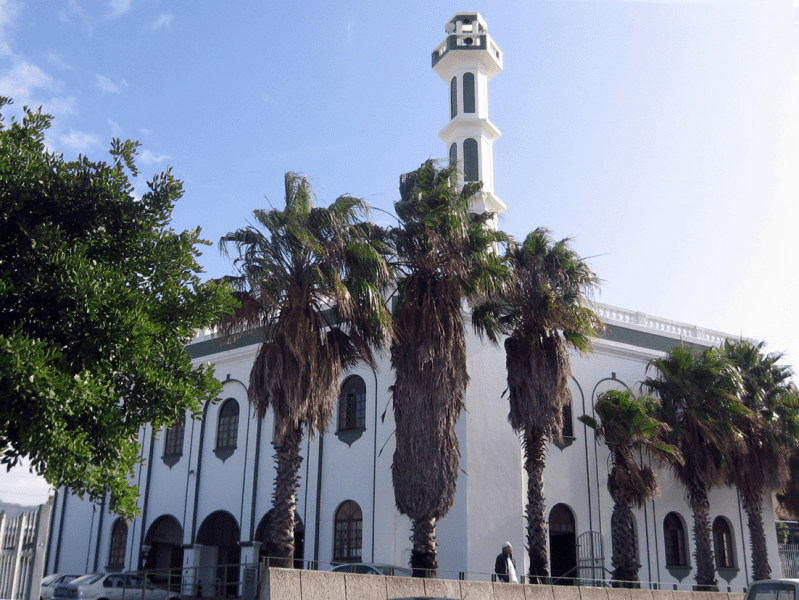 Yusufeyyah Masjid in Mosque Road, Wynberg, has become the latest in a string of religious institutions targeted by thieves during the Covid-19 lockdown.

In the early hours of Sunday 2 August, burglars gained entry to the 152-year-old mosque through an emergency exit door located at the back of the building.

According to Yunus Karriem, the secretary of Yusufeyyah Masjid’s board of executives, stolen items include two speakers, two amplifiers, a monitor and a few loose objects taken from the office.

Since Sunday, some of the items have been recovered, but most remain missing.

“Donations fund all of the equipment used at the mosque which is why the theft of these items is so upsetting,” he adds.

Sunday’s burglary wasn’t the first time at the mosque. There was another incident about 10 years ago, says Karriem, when speakers and an amp were stolen.

“This prompted the mosque to put in an alarm. Unfortunately, the alarm was not activated when the latest theft occurred. It required servicing. We are seeing to it now,” he adds.

Many Wynberg residents were shocked when word of Sunday’s theft first spread on the local WhatsApp group called Eyes on Wynberg.

Established at the Wynberg Interchange in 1867, the mosque holds a rich legacy. It was the sixth mosque to be founded at the Cape of Good Hope.

Some of the mosque’s community outreach activities include the distribution of food parcels every month to Wynberg residents in need.

Karriem says these activities came to a halt at the start of the lockdown but have resumed under level three.

Before lockdown, it also held regular prayers and presented educational classes, both religious and secular, which took place throughout the week. Covid-19 has put a stop to this for now.

Karriem says Yusufeyyah Masjid can ill afford the loss which the theft of the equipment has brought.

The mosque derives its income from community donations.

With the start of the lockdown, contributions dropped significantly, but the mosque’s expenses did not.

Electricity, rates – it all still needs to be paid.

He believes the break-in was the work of opportunists taking advantage of the fact that the facility was largely closed.

Places of worship were again allowed to open their doors – with the number of congregants limited to 50 – when South Africa moved to lockdown level three on Monday 1 June.

However, most religious groups chose not to.

Karriem says at the time, it was decided to keep Yusufeyyah Masjid closed because it was felt that the environment was too risky.

“And we were still not hitting our peak as far as the Covid-19 infection numbers were concerned,” he explains.

But although the reason behind religious institutions’ decision to remain closed is safety, it also seems to be placing them in a vulnerable position.

At St Mary’s, a Catholic cathedral based in the City Bowl, thieves made off with items valued at about R300 000 in April.

In a separate incident, the Presbyterian Church based in Hatfield Street, Gardens, was also robbed shortly after lockdown first began.

This time, burglars nabbed items estimated at R7 800 in worth.

Wynberg police station has confirmed that a case of housebreaking and theft at Yusufeyyah Masjid has been opened.

The case is currently under investigation.