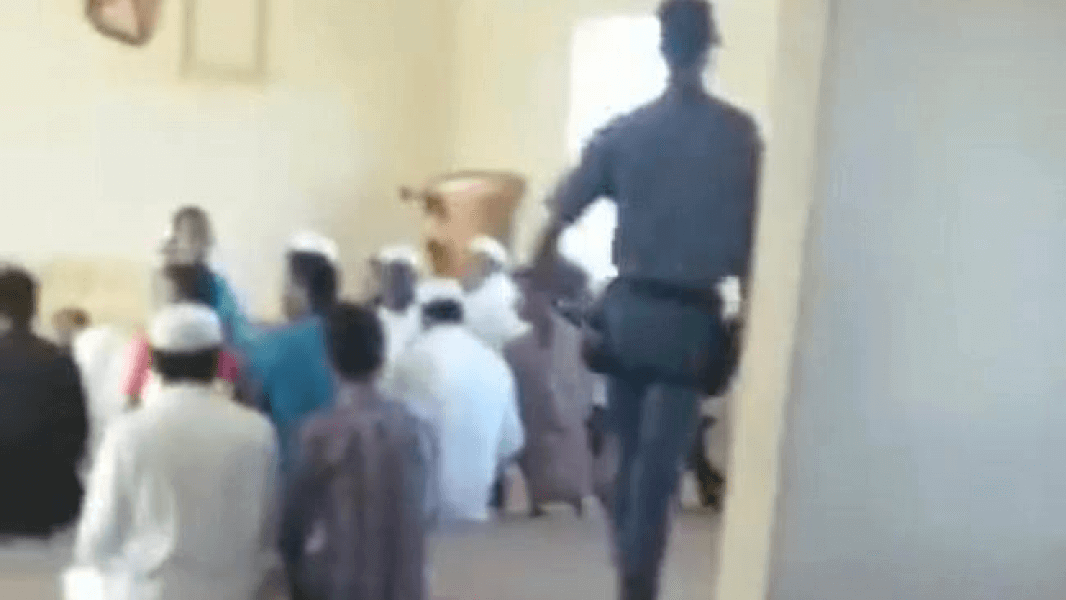 Police Minister Bheki Cele on Sunday apologised to the Muslim community in South Africa for "blasphemous remarks" allegedly made by police officers arresting about 24 Muslim worshippers in Masibekela in the Mbuzini area in Mpumalanga earlier this weekend.

Cele's acting spokesperson Brigadier Mathapelo Peters said in a statement that the group of people seen in a video, which had gone viral on social media, were arrested for contravening the ban on gatherings in the coronavirus (Covid-19) Disaster Management Act lockdown regulations.

“Minister Cele has issued an apology to the Muslim community for the blasphemous remarks during the arrest, a matter that is currently under an urgent investigation by the SAPS [South African Police Service] to establish the identity of the person behind such sacrilege.

“Minister Cele wishes to emphasise that police have a constitutional obligation to enforce the laws of the country, a duty to be executed within the confines of the same laws, applied with no prejudice against any gender, race, or creed,” Peters said.

The Jamiatul Ulama South Africa Council of Muslim Theologians has condemned the police conduct during the arrest, calling for the Independent Police Investigative Directorate (Ipid) to probe the matter.

“While we accept the right of the officers to enforce the law, which still does not allow religious gatherings, it is the abusive and heavy-handed nature of the SAPS officers which we call out as unacceptable,” the Johannesburg-based council said.

“Apart from the verbal abuse, which is demeaning to Prophet Muhammad, the SAPS officers are also seen entering the prayer room with their heavy boots. Such images are distressing to Muslims who consider prayer places as sacred and entered upon only without shoes.”

The council also called on the South African Human Rights Council to investigate the conduct of the police officers involved.

On Friday, President Cyril Ramaphosa, who is also chairman of the African Union, issued a video wishing Muslims across the African continent well as they celebrate the holy month of Ramadaan.

"Sadly, Ramadaan this year will not be as it was last year. We are in the shadow of a global public health emergency. The coronavirus pandemic has left no area of the world untouched,” said Ramaphosa.

“A number of countries have imposed measures to contain the spread of the virus, and this means that many of the Ramadaan traditions like praying at the mosque, making the Umrah pilgrimage, and visiting family and friends are not taking place," he said.