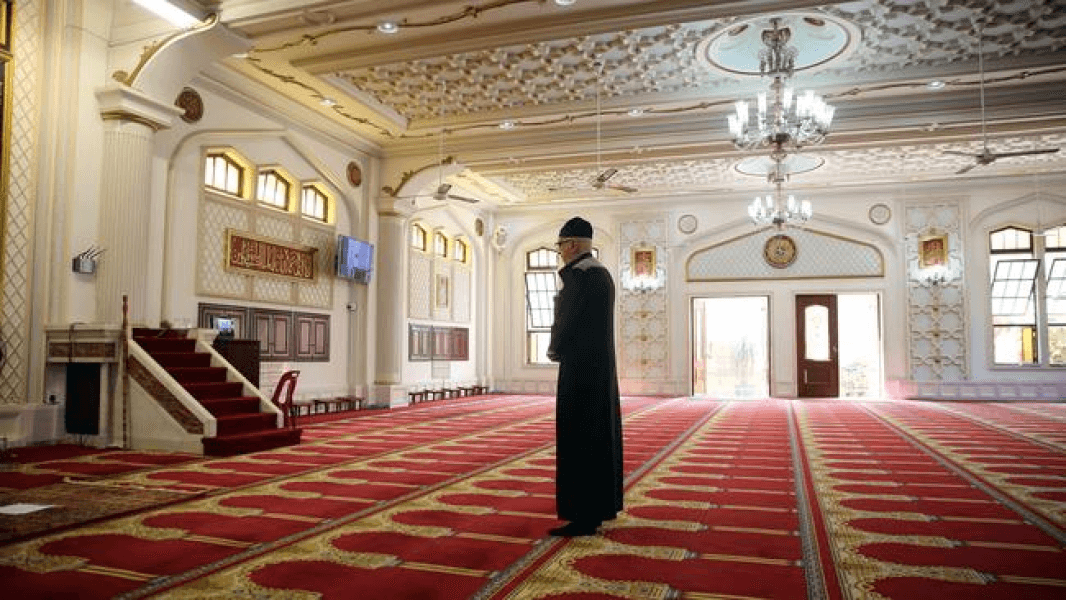 A Gauteng-based Islamic Centre and two individuals have approached the Pretoria High Court for the lockdown regulations to be relaxed to allow for prayers to take place at mosques across the country, as Ramadaan approaches.

The applicants in the matter - Islamic theologians Muhammed Bin Hassim Mohomed, Anas Mohammed Chotia and the As-Saadiqeen Islamic Centre - have sought an urgent order to declare the lockdown regulations unconstitutional and for the regulations to be amended to permit gatherings and movement to places of worship, with conditions.

Pending the amendment, the applicants requested that special dispensation also be granted to the As-Saadiqeen Islamic Centre, in Gauteng, to open its mosque to host and conduct daily prayers.

The applicants believe the lockdown regulations infringe on their constitutional rights to freedom of movement, freedom of association and freedom of religious association.

They also argued that the most compelling ground of urgency in their application was that Ramadaan would begin on April23.

In his founding affidavit, Mohomed said it was a Muslim’s belief that if they lost out on good acts during the month of Ramadaan, the time that was lost would never be recovered and the “loss of missing out on a good act such as praying in a congregation in a mosque during the month (of Ramadaan) can never be recouped in the future”.

He added that given the conditions the mosque had proposed putting in place, there was a greater prospect of Covid-19 spreading in taxis that were loaded to 70% capacity all day than at the mosque.

In an answering affidavit on behalf of the respondents, the secretary of the Cabinet and director-general in the Presidency, Dr Cassius Reginald Lubisi, said the lockdown regulations were in the best interests of all South Africans.

Lubisi conceded that the lockdown regulations entailed serious curtailments to the freedom of movement, association and religious association, but said these were necessary.

“But while the lockdown regulations impose heavy burdens on all of us, they do so to protect and promote other constitutional rights - namely the right to life, right to access health-care services and the concomitant right to dignity of all South Africans,” he said.

Lubisi added that the government had not taken these unprecedented steps lightly, but had a primary responsibility to South Africans to ensure their safety and well-being, and that “in the current situation, the lives and health of all South Africans must come first”.

The strict measures of the lockdown regulations were designed to safeguard the country’s citizens, and the consequences of not locking down were far worse and far longer term than the temporary measures currently in place, he said.

“Absent the lockdown regulations, the health-care infrastructure would collapse under demand, resulting in a limitation to the right of access to health care. Avoidable loss of life would inevitably occur.

“There would be a knock-on negative impact on the economy which would result in further job losses and untold economic hardship,” Lubisi said.

He added that the applicants had not explained the urgency around the matter with regard to Ramadaan.

“I am advised that there is no compulsory additional congregation prayer that is required to be performed during this time, and it is accordingly unclear on what basis the applicants rely on,” he said.

Lubisi also argued that a large number of Muslim organisations and individuals had already expressed their support for the lockdown regulations and had presented a letter with more than 100 signatures in support.

The applicants, who are being represented by attorney Zehir Omar, said that should mosques be allowed to open, it would be under strict conditions, such as the five daily prayers being separated into several 20-minute intervals and limiting each time slot to 20 congregants. They said all congregants would wear face masks, gloves and would carry their own prayer mats.